Like many other organizations, FCW scaled back operations during the Covid pandemic. Classes and meetings were paused, but the space was still available for members to work on projects.

One of our members, Colin M., used the time to build a 17 ft. strip canoe. Colin is a recent graduate in Mechanical Engineering and works as a designer for a local furniture company. He is also good at machining, welding, and is our CNC router guru.

Using plans that were purchased, Colin set up a work area in our outbuilding and located the appropriate

wood. He used the CNC router initially to make a custom stand for the canoe. Using the FCW woodshop, the strips were cut and hand fitted into place, then glued. The shell was

assembled, sanded, covered with fiberglass, then finished. Colin then made seats and a pair of oars.

The initial trip was over Mother’s Day weekend, and except for a few scratches was successful. Colin sent a picture of the completed canoe to the seller of the plans and was sent a set of plans for a kayak for free — so the next project is starting.

Alex is meeting with the Catawba Valley Robotics Club at FCW on Wednesday evenings from 5PM until around 8PM.  This group is composed of children of Elementary and Middle School age and uses the Lego robotics components.  The group competes in contests involving tasks for autonomous (self controlled) robots.

Any kids in the age range, and their parents are welcome to attend.

A lot has been happening with the FCW woodshop lately, primarily in the manual equipment area.  In late Summer, a Slide Miter Saw was donated. 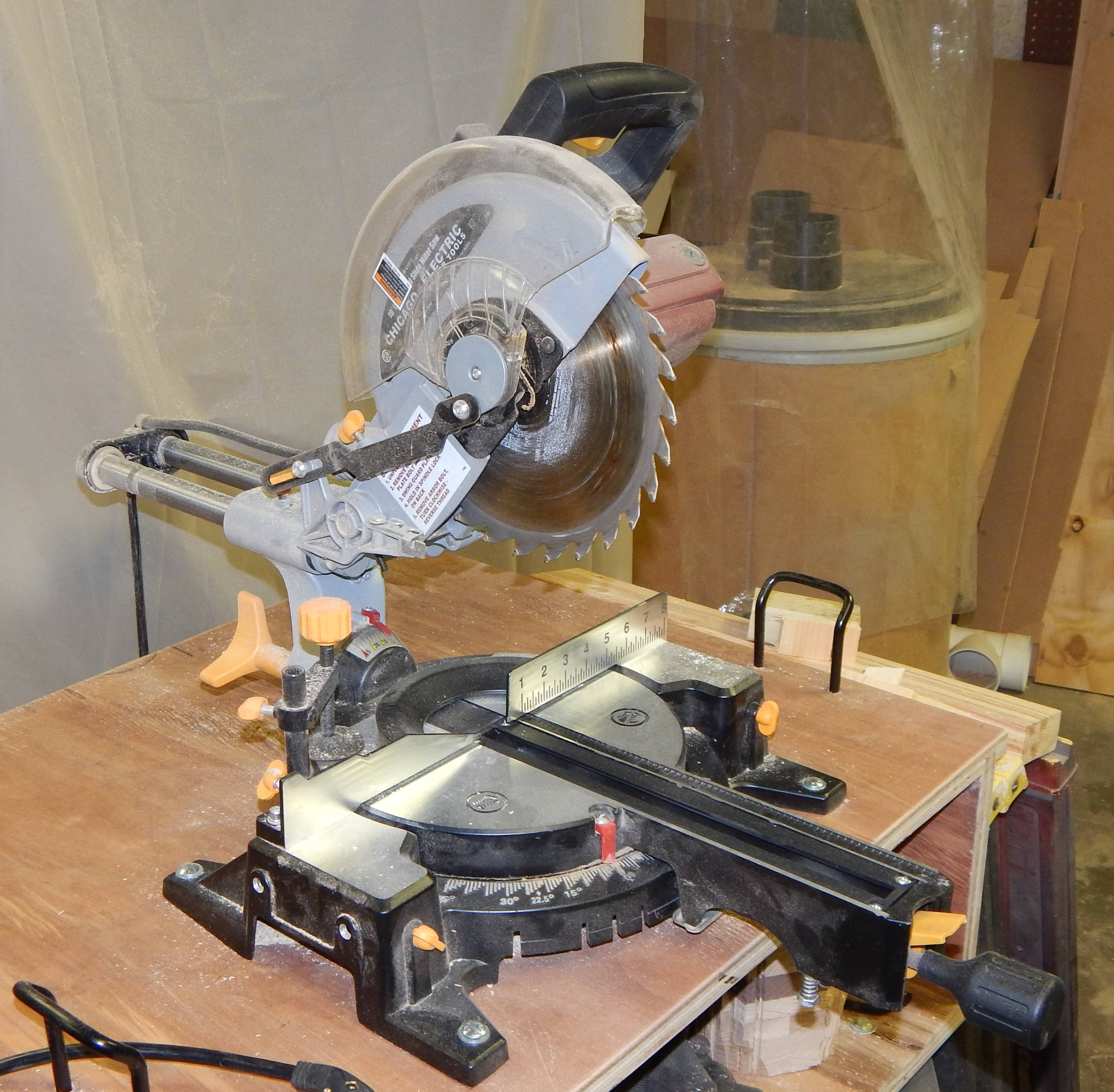 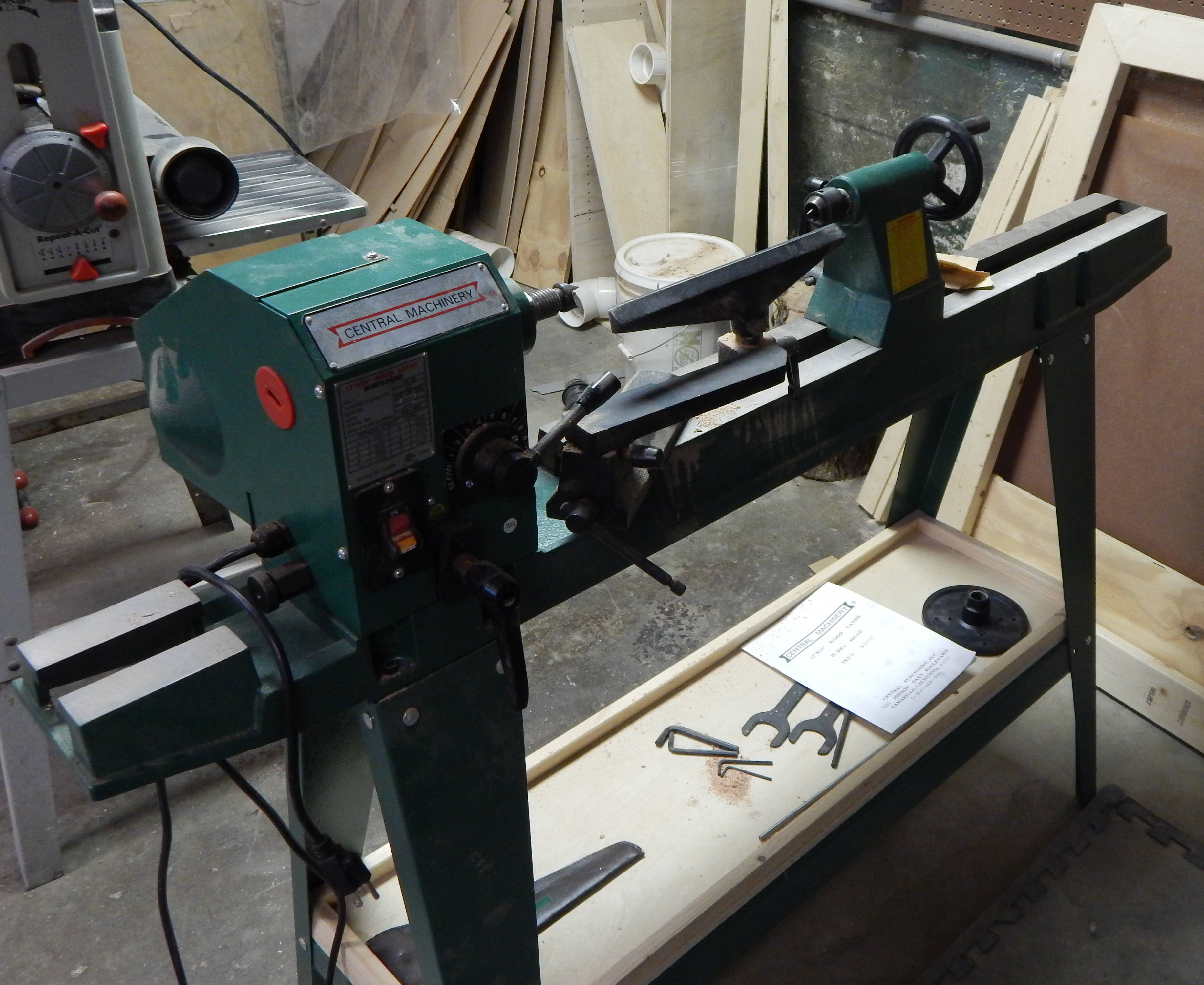 This lathe, along with lathes loaned by Rick, Dave, and Colin, will be used for woodturning classes, and, of course, it will be available for general use by members and guests.  Then, in late September, the opportunity arose to purchase an industrial 20″ bandsaw. 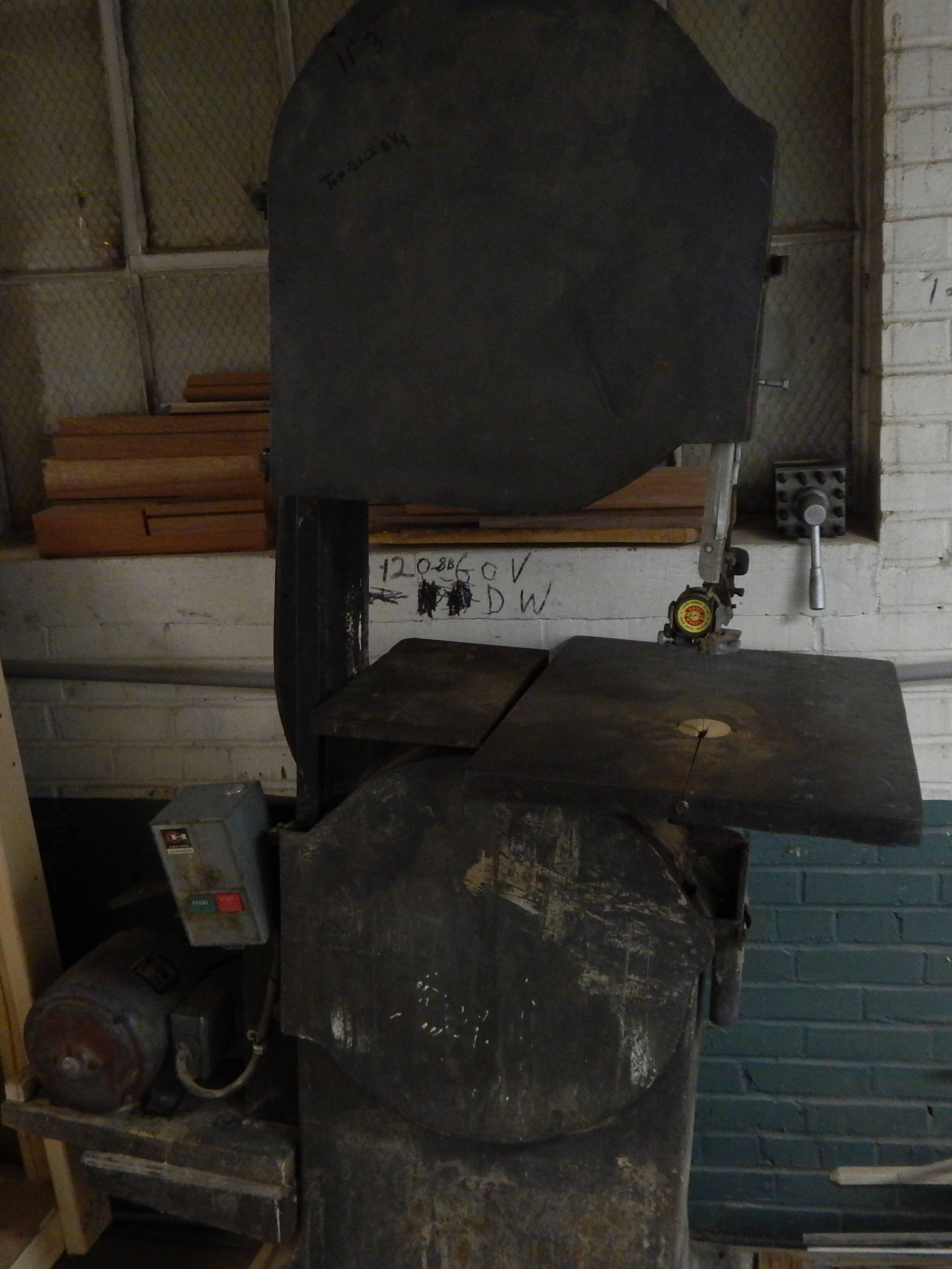 Again, the members came through with funds and, after much grunting and wheezing, the bandsaw arrived.  It needs cleaning, painting and wiring but was tested before purchase and works well.

Finally, in October, a Woodmaster 18″ planer/molder and 18″ drum sander were donated and picked up.

Like the bandsaw, they need wiring.  The woodshop crew: Rick, Ross, Kay, Dave, and Gary

will be laying out the shop over the next few weeks so that wiring should begin around Christmas.  Many thanks to all those who donated time, money, equipment and muscle to obtain and move these machines.  They should greatly enhance the capabilities of the woodshop.

With the Model-2 robot trainer ready, it was time to work with the public schools.  On two Fridays, February 6 and 13, students from Mr. Seldomridge’s class at Granite Falls Middle School came to FCW for a robot build session.

With assistance from Rich, Michelle, Bruce, and Gene, each student assembled a Model-2 robot, which they could then keep.  There were a total of 24 students in the two classes  of two hours, and all were successful builds.  Starting with the “fun” of snapping the servos into the side panels, the students added the tail skid and internal braces, then bolted the chassis together.  They then added the circuit board and assembled the wheel “sandwiches”.  With the addition of the battery pack, they were ready to go.  Many of the students took the robots to the common area for them to roam.  It looked like giant roaches running around as up to ten robots roamed around the room, avoiding obstacles and dancing in sync.  With terms like “awesome” students had a great time with the hands-on experience and left with smiles on their faces.

On Thurdsay, February 12, twelve students from Mr. Bingham’s class at South Caldwell High School also had a robot build session.   The older students needed less assistance, but still had a great time   Mr. Bingham joined his students in building a robot and obtained  additional units for use in class.  These students were given the assignment to develop additional programs for the robot during the remainder of the school session.

FCW is pleased to be able to help the schools with STEM projects and plans additional sessions and projects for the future.  Similar sessions are available to homeschool groups, scout troops, etc. as well.  If you have a group that would be interested in the robots or STEM in general, contact FCW for details.

FCW is pleased to announce the availability of an affordable robot trainer kit.  The Model-2 was designed and fabricated at FCW with the idea of creating an affordable platform for a simple robot and embedded processors.

The Model-2 was created with education in mind and the first run of 50 is being used by Granite Falls Middle School and South Caldwell High School for technical oriented classes.

It includes an example set of programs that allow testing of the platform, a “roaming” function that avoids obstacles, and a sample “dance” to demonstrate swam action using the radio.  It may be programmed using the Arduino tool http://arduino.cc/en/main/software with Windows, Linux, or Mac.

The retail price to the public is $39.95 with substantial discounts available for education.  The project is open hardware and open software.  Full plans will be available on the FCW website soon. Contact FCW for more details.

On January 17, 2014, ten 6th graders from Granite Falls Middle School and their teacher were treated to a technical workshop at FCW.  In November 2012, the teacher, Randy, toured FCW and talked to us about classes/workshops that could be used to help stimulate interest in STEM (Science, Technology, Engineering, Math) for students in his class.  He was particularly interested in a hands-on project and something that could be taken back to the school.

Several possibilities were discussed and Randy decided on trying to build several of the Eggbots – the open source art robot kit from EvilMadScientist.com.  The kit as available was too expensive so, it was decided to try to re-design it as a less-expensive version.  With Rich taking the lead, the  mechanical portion was re-designed with three goals in mind: 1) make as many parts at FCW as possible, 2) make it easier to assemble, and 3) make it more robust.  By simplifying some of the mechanical portions, all of the mechanical parts could be fabricated at FCW using the laser cutter and the machine shop.  These modifications cut the price nearly in half.  A donation of the stepper motors, cut the price again so that the final version was nearly 1/4 the cost of the original kit.

GFMS raised the money to build five units with 25 students.  It was decided to split the class into a group of 10 students for the first workshop, building two of the bots, with the remaining 15 students building three units at a later workshop.  The assembly of each unit was organized into separate sections so that each student contributed to the assembly.

The ten students arrived at 8AM on Jan. 17.  Rich, Michelle and Randy assisted the students in the assembly, which took approximately two hours.  The students were then given a quick introduction to Inkscape, an open-sourcce vector drawing package with extensions to drive the bot.  The assembly was optimized for drawing on ping-pong balls using fine point Sharpie markers.  After assembly, the students were given ping-pong balls and assisted in creating examples for testing.  There were a few minor glitches, but each student got experience in creating and drawing text, logos, or smiley faces.  After watching the bot draw, one of the students exclaimed, “Wow! We built that.”

Afterward, the students were allowed to watch the laser cutter cut out a set of mechanical parts for one of the bots.  They ate lunch and left by 11:45.  It was a fun day for those of us at FCW and an educational day for the students, since they got an introduction to CNC, fabrication, robotics and embedded control.  All of the students want to come back for another project.  We are looking forward to the second group sometime this Spring.

FCW has worked with schools previously, assisting both the robotics and drama clubs at South Caldwell High School but this has been the first actual class to use the facilities and the youngest group.  We are hoping to work with several schools in Caldwell, Catawba, and Burke counties on projects and events.

This event was covered by both the Granite Falls Journal and the Lenoir News-Topic.

FCW has been building a carriage for the play “Cinderella” to be given at South Caldwell High School in May. Ross designed the carriage and built a 1/6 model. Then with some help from Warren and Rick, Ross completed the full sized unit. The final finish, painting and decorating will be done by the school drama department, who also paid for the expensive parts.
The carriage has working steering and is capable of being disassembled for storage. It was mainly cut out using a CNC router. FCW will be getting a PR spot in the play brochure.